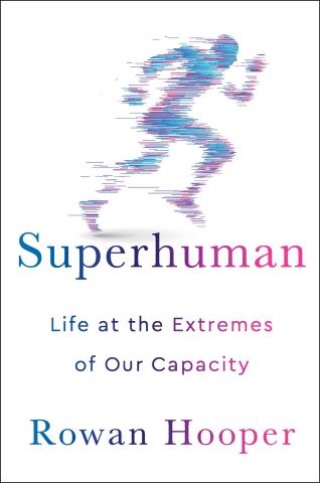 Life at the Extremes of Our Capacity

From evolutionary biologist Rowan Hooper, an awe-inspiring look into the extremes of human ability—and what they tell us about our own potential.

In 1997, an endurance runner named Yiannis Kouros ran 188 miles in twenty-four hours. Akira Haraguchi, a sixty year-old man in Tokyo, can recite pi to the 100,000th decimal point. John Nunn was accepted to Oxford University at age 15, the youngest undergraduate in 500 years. After a horrific attack by her estranged husband, Carmen Tarleton was left with burns to over eighty percent of her body. One of her surgeons said her injuries “were beyond anything we have ever seen.” After a three-month coma, multiple skin grafts, and successful face transplant, Tarleton is now a motivational speaker.

What does it feel like to be exceptional? And what does it take to get there? Why can some people achieve greatness when others can’t, no matter how hard they try? Just how much potential does our species have? Evolutionary biologist Rowan Hooper has the answers. In Superhuman he takes us on a breathtaking tour of the peaks of human achievement that shows us what it feels like to be extraordinary—and what it takes to get there.

Drawing on interviews with these “superhumans” and those who have studied them, Hooper assesses the science and genetics of peak potential. His case studies are as inspirational as they are varied, highlighting feats of endurance, strength, intelligence, and memory. Superhuman is a fascinating, eye-opening, and inspiring celebration for anyone who ever felt that they might be able to do something extraordinary in life, for those who simply want to succeed, and for anyone interested in the sublime possibilities of humankind.

Rowan Hooper: Rowan Hooper is managing editor of New Scientist magazine, where he has spent more than ten years writing about all aspects of science. He has a PhD in evolutionary biology and worked as a biologist in Japan for five years, before joining the Japan Times in Tokyo, and later taking up a fellowship at Trinity College Dublin. Two collections of his long-running column for the paper have been published in Japan, and his work has also appeared in The Economist, The Guardian, Wired, and The Washington Post. He lives in London with his partner and two daughters. Superhuman is his first book.