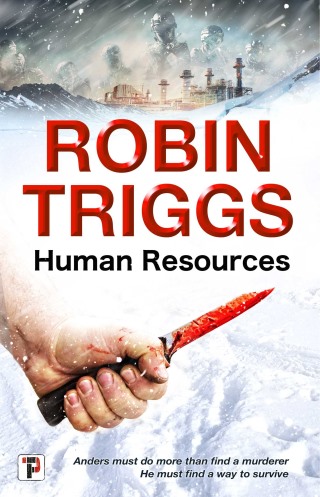 The sequel to Night Shift, praised by Crime Review and Cemetery Dance.

Antarctica. A city on the edge of nowhere.

Anders Nordvelt is chief of security in this frozen land, so, when a prominent member of a dissident group is murdered, it is his job to find the killer. Unsatisfied with the obvious explanation, Anders keeps pushing until the body of a colleague turns up in his apartment.

Could Anders really be the killer? Why does he half-remember wielding the knife? And why are the whispers of a fabled Human Resources black-ops team getting ever louder?

As for Anders, he’s about to enter a deadly game of cat-and-mouse with a ruthless killer.

FLAME TREE PRESS is the new fiction imprint of Flame Tree Publishing. Launched in 2018 the list brings together brilliant new authors and the more established; the award winners, and exciting, original voices.

Robin Triggs: Robin was raised in a Bradford library but now lives in Oxfordshire with his wife and freshly-minted small person. Trained as an archaeologist, he now works as a proofreader when not wrangling tourists at the Bodleian Library.