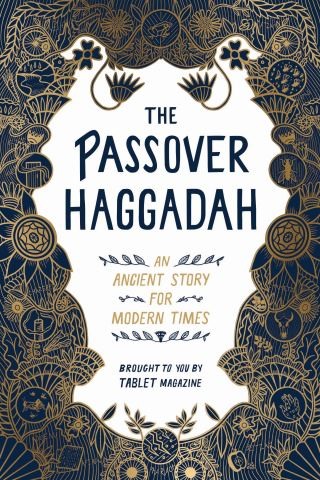 An Ancient Story for Modern Times

Each generation is called to perform a Passover Seder, a ritual designed to help us imagine personally experiencing the exodus from Egypt. But how can we do this together, when today our tables include people of different backgrounds, knowledge, and beliefs? Let this Passover Haggadah be your guide.

Both proudly traditional and blazingly modern, it is a perfect blueprint for remembering the past, living in our present, and imagining the future. Here you’ll find the entirety of the Seder text for those who don’t want to miss a thing—including Hebrew, English, and a newly developed transliteration that makes the Hebrew surprisingly accessible. And, alongside, contemporary questions, illustrations, and meditations on freedom, community, destiny, and other topics that will engage the whole group in a lively and memorable discussion, especially once you’ve started in on those obligatory four cups of wine.

Alana Newhouse:
Alana Newhouse is the editor in chief of Tablet, a daily online magazine of Jewish news, ideas, and culture launched in 2009. Prior to Tablet, she spent five years as culture editor of the Forward, where she supervised coverage of books, films, dance, music, art, and ideas. She also started a line of Forward-branded books with W.W. Norton and edited its maiden publication, A Living Lens: Photographs of Jewish Life from the Pages of the Forward. A graduate of Barnard College and Columbia’s Graduate School of Journalism, Newhouse has contributed to the New York Times, the Washington Post, the Boston Globe, and Slate.
|||
Tablet, launched in 2009 by editor in chief Alana Newhouse, is a daily online magazine of Jewish news, ideas, and culture. Tablet’s recent books include The 100 Most Jewish Foods by Alana Newhouse and The Newish Jewish Encyclopedia by Stephanie Butnick, Liel Leibovitz, and Mark Oppenheimer, cohosts of the magazine’s Unorthodox podcast, the most popular Jewish podcast on iTunes, with more than 4 million downloads. Follow @tabletmag on Instagram and Twitter.