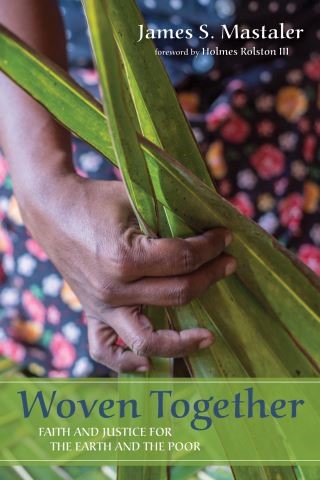 Faith and Justice for the Earth and the Poor

Now more than ever, it's critical that religious stories encompass a call to moral responsibility for the earth and to the global poor. But, the divorce between religious faith and science has left many people feeling unmoored and adrift at a time when we ought to be drawing closer to nature and each other. It is a theological activity to see the world as it really is--to look its suffering squarely in the face and tend to a wounded world. The global poor, especially women among them, are some of the world's most disenfranchised people. Their realities must inform the conversations about God and the world that people of faith are having in the church. There is no salvation from the world, only salvation with the world. This means learning to live as a member of a community of mutual responsibility--to look inward and ask ourselves how we might turn outward and live differently. Concern for nature and social justice must become a central part of Christian moral life.

James S. Mastaler: James S. Mastaler lectures on religious ethics and theology at Loyola University Chicago. He has worked alongside community leaders spanning more than twelve countries on three continents while studying social and ecological systems related to structural poverty, gender disparity, and environmental degradation. He resides in the Great Lakes bioregion where he writes from the shores of Lake Michigan-Huron, the largest freshwater lake by surface area in the world.