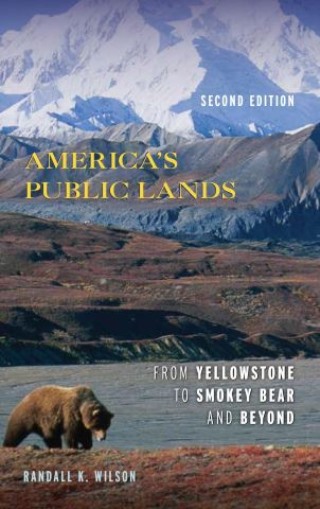 From Yellowstone to Smokey Bear and Beyond

How it is that the United States—the country that cherishes the ideal of private property more than any other in the world—has chosen to set aside nearly one-third of its land area as public lands? Now in a fully revised and updated edition covering the first years of the Trump administration, Randall Wilson considers this intriguing question, tracing the often-forgotten ideas of nature that have shaped the evolution of America’s public land system. The result is a fresh and probing account of the most pressing policy and management challenges facing national parks, forests, rangelands, and wildlife refuges today.

The author explores the dramatic story of the origins of the public domain, including the century-long effort to sell off land and the subsequent emergence of a national conservation ideal. Arguing that we cannot fully understand one type of public land without understanding its relation to the rest of the system, he provides in-depth accounts of the different types of public lands. With chapters on national parks, national forests, wildlife refuges, Bureau of Land Management lands, and wilderness areas, Wilson examines key turning points and major policy debates for each land type, including recent Trump Administration efforts to roll back environmental protections. He considers debates ranging from national monument designations and bison management to gas and oil drilling, wildfire policy, the bark beetle epidemic, and the future of roadless and wilderness conservation areas. His comprehensive overview offers a chance to rethink our relationship with America’s public lands, including what it says about the way we relate to, and value, nature in the United States.

Randall K. Wilson: Randall K. Wilson is professor of environmental studies at Gettysburg College. The first edition of America’s Public Lands won the J. B. Jackson Prize from the American Association of Geographers.