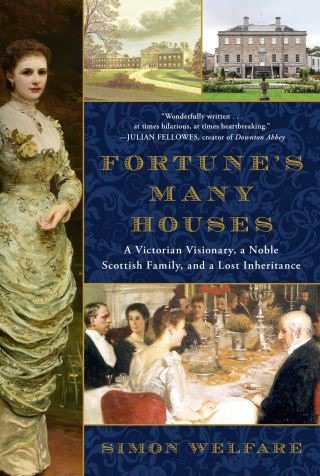 A Victorian Visionary, a Noble Scottish Family, and a Lost Inheritance

A unique and fascinating look at Victorian society through the remarkable lives of an enlightened and philanthropic aristocratic couple, the Marquess and Marchioness of Aberdeen, who tried to change the world for the better but paid a heavy price. This is a true tale of love and loss, fortune and misfortune.

In the late 19th century, John and Ishbel Gordon, the Marquess and Marchioness of Aberdeen, were the couple who seemed to have it all: a fortune that ran into the tens of millions, a magnificent stately home in Scotland surrounded by one of Europe’s largest estates, a townhouse in London’s most fashionable square, cattle ranches in Texas and British Columbia, and the governorships of Ireland and Canada where they lived like royalty.

Together they won praise for their work as social reformers and pioneers of women’s rights, and enjoyed friendships with many of the most prominent figures of the age, from Britain’s Prime Ministers to Oliver Wendell-Holmes and P.T. Barnum and Queen Victoria herself. Yet by the time they died in the 1930s, this gilded couple’s luck had long since run out: they had faced family tragedies, scandal through their unwitting involvement in one of the “crimes of the century” and, most catastrophically of all, they had lost both their fortune and their lands.

This fascinating family quest for the reason for their dramatic downfall is also a moving and colorful exploration of society in Victorian Britain and North America and an inspirational feast for history lovers.

Simon Welfare: Simon Welfare has had a long career as a television producer, working on a variety of programs, including the Mysterious World series with science writer Arthur C. Clarke. He lives in Scotland, married to the great-granddaughter of the first Marquess and Marchioness of Aberdeen, the subjects of his first biography Fortune’s Many Houses.