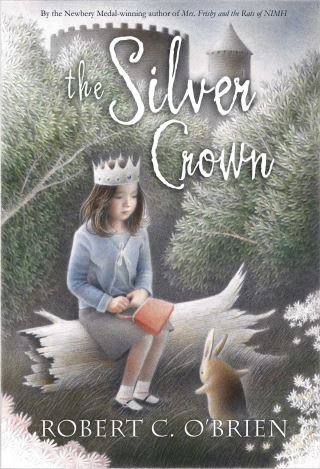 In this gripping and memorable middle grade fantasy from Newbery Medal–winning author Robert C. O’Brien, good and evil are locked in battle and the balance between the two can only be restored by one young girl’s determination to set things right.

“It lay beside her on the pillow, shinier than silver, glowing softly, with twinkling blue stones set all around....It did not occur to her to wonder from whom it had come; she was merely aware that it was hers by right.”

Ellen awakens one morning with a mysterious silver crown on the pillow beside her. What magic powers it possesses she has not yet discovered, but the sudden changes in her life are unmistakable: her house is burned down, her family has disappeared, and a man in a dark uniform is stalking her. Can Ellen ever find her family? Can she use the power of the silver crown to thwart the powers of darkness? What diabolical force hides inside the mysterious castle in the woods?

Robert C. O'Brien: Robert C. O’Brien was born in Brooklyn, New York. He attended Williams College and graduated from the University of Rochester. He was a writer and editor for Newsweek, National Geographic, and other publications. He lived in New York City and then in Washington, DC, with his wife and four children. Z for Zachariah—which is now a major motion picture starring Margot Robbie, Chris Pine, and Chiwetel Ejiofor—was completed by his wife and daughter, with the help of his notes, after his death in 1973. He is also the author of Mrs. Frisby and the Rats of NIMH and The Silver Crown.