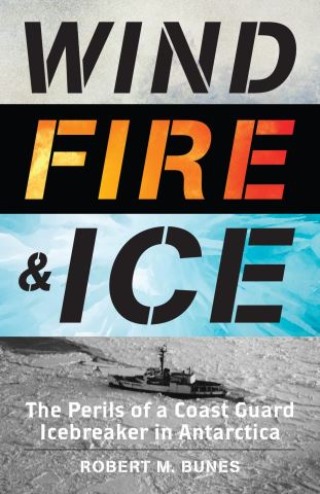 The Perils of a Coast Guard Icebreaker in Antarctica

Between 1955 and 1987, the United States Coast Guard Cutter Glacier was the largest and most powerful icebreaker in the free world. Consequently, it was often given the most difficult and dangerous Antarctic missions. This is the dramatic first-person account of its most legendary voyage. In 1970, the author was the Chief Medical Officer on the Glacier when it became trapped deep in the Weddell Sea, pressured by 100 miles of wind-blown icepack. Glacier was beset within seventy miles of where Sir Ernest Shackleton’s ship, the Endurance, was imprisoned in 1915. His stout wooden ship succumbed to the crushing pressure of the infamous Weddell Sea pack ice and sank, leading to an unbelievable two-year saga of hardship, heroism and survival. The sailors aboard the Glacier feared they would suffer Shackleton’s fate, or one even worse. Freakishly good luck eventually saved the Glacier from destruction in the crushing ice pack, only to experience a three-hour fire that nearly killed one of the crew, followed by eighty foot waves that came close to capsizing the ship. Wind, Fire, and Ice is a story about a physician who starts out with a set of false assumptions—namely that he is going have an easy assignment and see numerous exotic ports, but then slowly comes to realize a much different hard reality.

Robert Bunes is a writer, filmmaker, retired physician, adventurer, and avid traveler. He has traveled to all seven continents and has sailed to within 400 miles of the North Pole and to the southern edge of the Weddell Sea in Antarctica. Dr. Bunes grew up in Minnesota but ski-bummed in Colorado, surfed in Mexico, worked as a general Practitioner in Maine, and taken a sabbatical in Paris. Following his work in general medicine, he completed a psychiatry residency at UCLA and finished his medical career as a legal psychiatrist, specializing in civil litigation. He now lives in the coastal mountains of Southern California with his wife, not far from his daughter, son-in-law, and two grandchildren. When not writing, traveling, or spending time with family, he likes to golf, swim, garden, cook, or trade stories with friends. His first book, Yellowstone’s Restless “Savages”, a semifictional work based on the four summers he worked in Yellowstone, will soon be joined by a fictional work, Will White Eagle and the Mystery of the Missing Medicine Man. Visit him at robertbunesmd.com, view his films on YouTube or contact him at rbunes@gmail.com.