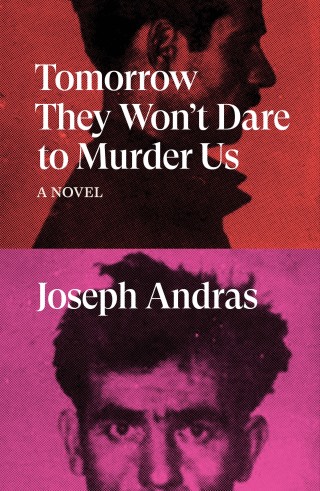 Tomorrow They Won't Dare to Murder Us

Lyrical and radical, a debut novel that created a sensation in France

Winner of the Prix Goncourt for first novel, one of the most prestigious literary awards in France

A young revolutionary plants a bomb in a factory on the outskirts of Algiers during the Algerian War. The bomb is timed to explode after work hours, so no one will be hurt. But the authorities have been watching. He is caught, the bomb is defused, and he is tortured, tried in a day, condemned to death, and thrown into a cell to await the guillotine. A routine event, perhaps, in a brutal conflict that ended the lives of more than a million Muslim Algerians.

But what if the militant is a “pied-noir”? What if his lover was a member of the French Resistance? What happens to a “European” who chooses the side of anti-colonialism?

By turns lyrical, meditative, and heart-stoppingly suspenseful, this novel by Joseph Andras, based on a true story, was a literary and political sensation in France, winning the Prix Goncourt for First Novel and being acclaimed by Le Monde as “vibrantly lyrical and somber” and by the journal La Croix as a “masterpiece”.