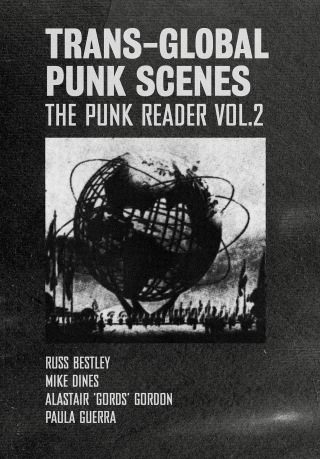 This new collection is the second in the Global Punk series. Following the publication of the first volume the series editors invited proposals for a second volume, and selected contributions from a range of interdisciplinary areas, including cultural studies, musicology, ethnography, art and design, history and the social sciences.

This collection extends the theme into new territories, with a particular emphasis on contemporary global punk scenes, post-2000, reflecting upon the notion of origin, music(s), identity, careers, membership and circulation.

This area of subcultural studies is far less documented than more ‘historical’ work related to earlier punk scenes and subcultures of the late 1970s and early 1980s. This new volume covers countries and regions including New Zealand, Indonesia, Cuba, Ireland, South Africa, Siberia and the Philippines, alongside thematic discussions relating to trans-global scenes, the evolution of subcultural styles, punk demographics and the notion of punk identity across cultural and geographic boundaries.

The book series adopts an essentially analytical perspective, raising questions over the dissemination of punk scenes and their form, structure and contemporary cultural significance in the daily lives of an increasing number of people around the world.

This book has a genuine crossover market, being designed in such a way that it can be adopted as an undergraduate student textbook while at the same time having important currency as a key resource for established academics, postdoctoral researchers and PhD students.

In terms of the undergraduate market for the book, it is likely that it will be adopted by convenors of courses on popular music, youth culture and in discipline areas such as sociology, popular music studies, urban/cultural geography, political history, heritage studies, media and cultural studies.