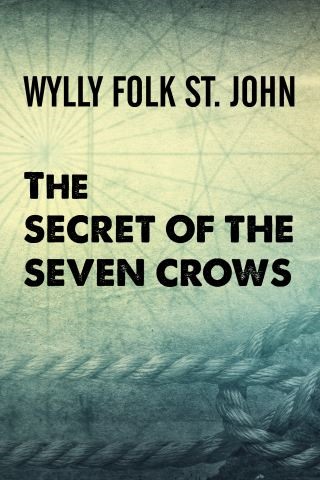 The Secret of the Seven Crows

Five crows means silver, six crows mean gold, seven crows mean a secret that’s never been told. “Shelly asked her brother Jason, ‘Are you scared to go in?’” There was something might spooky about that huge old clapboard structure behind the sand dunes and the sea oats. It was as gray as the stormy twilight sky behind it and the rolling waves of the Gulf in front of it and the Spanish moss that hung on the bent and twisted live oak and cedar trees all around it. Shelley’s family moves into an old mansion on the Mississippi Gulf Coast, and discover that there is a mystery to be solved and a treasure to be found before the house can really belong to them. Shelley wants to solve the mystery all by herself…but encounters danger…intriguing clues…a poltergeist…and spooky Gulf Coast legends. “A well-constructed mystery and good reading.” –Library Journal