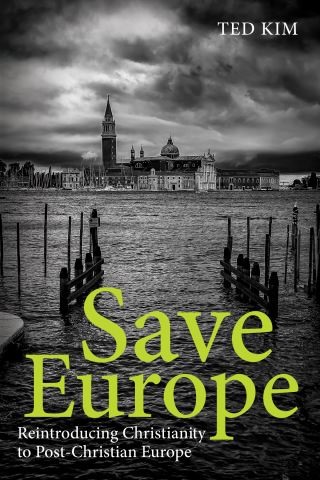 Europe is a continent of ironies. There are beautiful, historic church buildings, but they are empty on Sunday mornings. Europeans have been surrounded by Christianity for centuries, but Christ is not in them. Is this the future of Christianity in Europe? May it never be! The author combines cultural analysis with a prophetic insight to propose a new direction for the European churches. The decline of Christianity in Europe has been necessary to shed excess baggage. The beautiful heritage of Christianity in Europe is truly wonderful, but that is not the essence of Christianity. Churches must return to the original priorities of the faith. Be a fisher of men. Do not assume that people already know about Christianity but are not interested. People may not be interested in religion, but Jesus has an irresistible appeal. Christianity cannot be reinvented, but churches can. If churches stop presuming that Europeans are already Christians and instead compete in the marketplace of ideas, they will be able to win back the hearts of the post-Christian Europeans. Europe is the most important mission field of the twenty-first century and the fiercest spiritual contest will take place in Europe. If you desire to be a servant of the Lord, ask him to send you into the harvest field of Europe. Exciting days are ahead of us.

Ted Kim: Ted Kim is a preacher, theologian, and Christian thinker with a vision to reintroduce the gospel to Europe. Ted studied philosophy at Yale University and law at Columbia Law School. Instead of pursuing a career as a Wall Street lawyer, Ted enrolled at Fuller Theological Seminary in Pasadena, California. Ordained in 1991, Ted Kim went back to South Korea, where he planted a church at a bowling alley in Seoul with a handful of people, which rapidly grew to more than nine thousand registered members. During twenty years of pastoring Good News Presbyterian Church, he baptized more than one thousand people. With ten years left until retirement, Pastor Kim felt the leading of the Lord to resign his post to start new missionary work in Europe. Based in Berlin, Ted hopes to work all over Europe wherever his service is welcomed and needed.