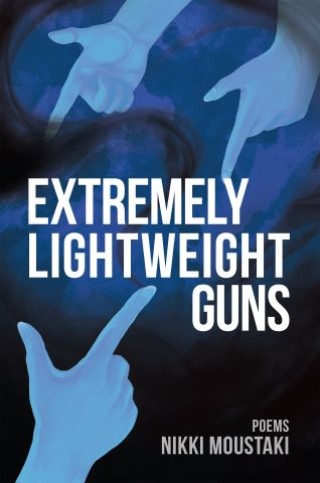 In this bold debut collection, Nikki Moustaki explores femininity in contexts that grapple with violence, mental illness, loss, love, and relationships. She investigates these themes through a variety of provocative narratives, settings, and forms: from a prose poem about a gun shop owner ranting about the Second Amendment, to more intimate lyrical poems, to the intense stamina of three long poems that anchor the book in three striking and imaginative settings—the disintegration of an abusive relationship in a backdrop of often-surreally connected narratives; diary-like entries featuring three generations of superstitious women living without men in a strange world of their own creation; and a dressmaker trying to make sense of his changing world while dealing with his ill wife. This nuanced work is intense and articulate, crafted largely by shattering traditional poetic elements, creating new forms, and driving language that never surrenders.

Nikki Moustaki is the recipient of a National Endowment for the Arts grant in poetry and the author of The Bird Market of Paris: A Memoir and The Idiot’s Guide to Writing Poetry. She has written for Good Housekeeping, the New York Times, Publishers Weekly, the Miami Herald, and the Village Voice, among others. She holds an MA in poetry from New York University, an MFA in poetry from Indiana University, and an MFA in fiction from New York University. Her poetry, fiction, and essays have appeared in various literary magazines, anthologies, and college textbooks. She splits her time between Miami Beach and New York City.