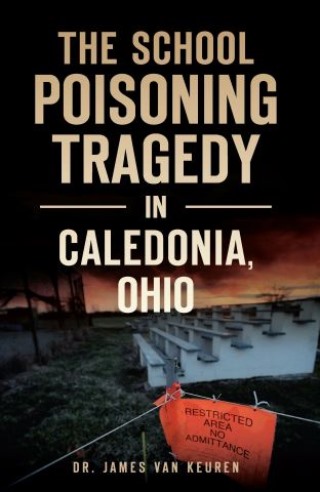 In the early 1960s, the River Valley Local School District built its middle school, its high school and its athletic fields in the former Marion Engineer Depot. During World War II, the depot had used the land for heavy equipment rehab, military artillery practice, materials storage, burial of construction debris and burning of waste materials and fuels. In 1997, a River Valley High School nurse grew concerned about the high rate of leukemia and other cancers in graduates. Then a stunning news report announcing a 122 percent increase in death rates over thirty years in the Marion area sparked an investigation. Was the land to blame? The question of what may have been known about the contaminates on the school grounds sent shock waves through the community that still linger today.

Dr. James Van Keuren: Dr. James Van Keuren, EdD, is a retired professor of educational administration and dean of the Dwight Schar College of Education at Ashland University in Ashland, Ohio, where he published numerous juried journal articles, including a book titled Web-Based Instruction: A Practical Guide for Online Courses. Prior to Ashland University, Dr. Van Keuren was a teacher, high school principal, school superintendent, assistant and interim state superintendent of public instruction in Ohio. In A Tribute to the 109th Evacuation Hospital (SM), he traces his father-in-law's service time during World War II with a second edition reflecting the integral role that nurses played in the unit. His most recent book, World War II POW Camps in Ohio, examines the Germans and Italians who were housed in Ohio during World War II. Dr. Van Keuren has been married to his wife, Pat, for forty-nine years, and they have daughters Michelle Scott and Christie Murdoch and sons-in-law Drew Scott and Dale Murdoch, in addition to grandchildren Hailey Scott, Weston Murdoch and Cooper Murdoch.