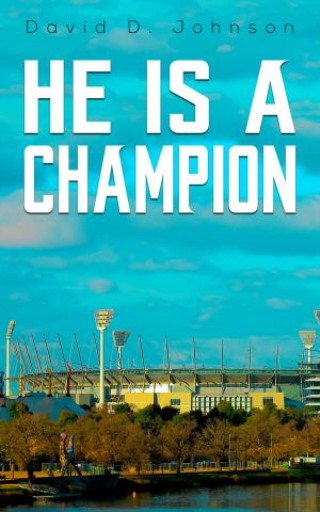 He Is a Champion

He Is a Champion follows the life of a young boy, at first only accustomed to working hard on the family farm. His life changes drastically when he is sent to a new school in the city. There, a new life unfolds as he discovers new friends, women, and, perhaps more importantly, sports. As he slowly begins to climb the ranks and become one of Australia's greatest athletes and businessmen, his family holds center stage in his life when his parents are killed, and he is not included in the will. He traces a mysterious, lost secret and a hidden past. All alone and confronted with the unknown, he is led on a new journey.
A story packed with truly Australian flavor, He Is a Champion is a captivating mix of adventure, intimate drama, and sporting action--from Aussie Rules to running, cycling, and many more events.

David D. Johnson: David D. Johnson is an exciting author with flair for the unexpected and always capitulates stories with an Australian flavor that draws the reader into his novels. He lives in Devonport Tasmania, Australia, with his wife, and writes fiction drama including children's books. With a zest for life that includes, family, sports, fitness and the great outdoors, he is often busy running marathons or mountain climbing.