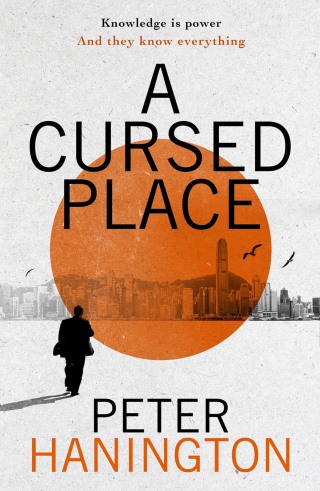 A page-turning thriller of the dark world of cyber surveillance

*ONE OF 40 BOOKS FOR SUMMER* 'gripping'- iNews
'A panoramic thriller ...chockful of vivid characters.' - THE SUNDAY TIMES
'An intriguing, timely and unsettling new thriller' - SAM BOURNE
'Exhilarating and beautiful' - AMOL RAJAN
'Catapults you from first word to last... pacy, sinister and timely read.' - ALAN JUDD
'Another page-turner from a writer who can take you into gripping worlds, real and virtual.' MISHAL HUSAIN
'A terrific thriller - vivid, quick-witted and dynamic, crackling with energy, dread and rage as it crosses continents and digs down into the human heart.' - NICCI GERRARD
'The dark world of private cyber-surveillance crackles off the page - full of jeopardy and suspense.' - ALLAN LITTLE
'A vividly written thriller of ruthless tech entrepreneurs exploiting their surveillance powers and morally compromised journalists feeling their way in the dark towards the truth.' - RORY CELLAN-JONES
'Carver is a marvellous creation.' - MIKE RIPLEY, SHOTS MAG

KNOWLEDGE IS POWER. AND THEY KNOW EVERYTHING.

The tech company Public Square believes in 'doing well by doing good'. It's built a multi-billion dollar business on this philosophy and by getting to know what people want. They know a lot. But who else can access all that information and what are they planning to do with it?

Reporter William Carver is an analogue man in a digital world. He isn't the most tech-savvy reporter, he's definitely old school, but he needs to learn fast - the people he cares most about are in harm's way.

From the Chilean mines where they dig for raw materials that enable the tech revolution, to the streets of Hong Kong where anti-government protesters are fighting against the Chinese State, to the shiny research laboratories of Silicon Valley where personal data is being mined everyday - A Cursed Place is a gripping thriller set against the global forces that shape our times.

Peter Hanington: Peter Hanington is the author of A Dying Breed and A Single Source. He has worked as a journalist for over twenty-five years, including fourteen years at the Today Programme and more recently The World Tonight and Newshour on the BBC World Service. He lives in London with his wife and has two grown-up children.