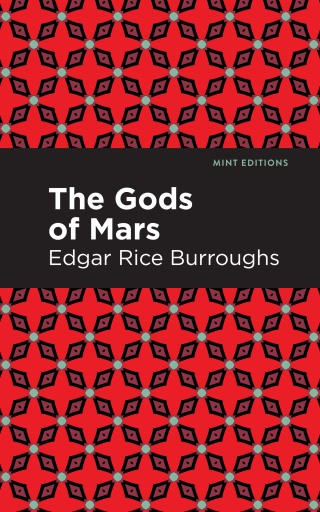 The Gods of Mars

Ten years after John Carter was transported back to Earth against his will, he returns to Mars. Having been sent back to Earth before the birth of his child, Carter is desperate to reunite with his wife, Dejah, and meet their child. However, the reunion is forced to be postponed when Carter realizes that he materialized in an unfamiliar part of the planet. Known as the Valley Dor, Carter has landed in the Barsoomian afterlife, where no-one is allowed to depart. But, when Carter’s old friend, a Tharkian named Tars, embarks on a journey of pilgrimage to find Carter in the Valley Dor, the two share a jovial reunion. As the two are eager to leave the Valley Dor, they stumble upon a shocking discovery. The pair of friends are shaken by the finding of a new Martian race, the Therns, who are self-proclaimed gods. The Therns had been deceiving the other Barsoomians for centuries, but are determined to cause even more damage. With run ins with armies, fierce battles, and valiant rescues, John Carter must once again overcome political turmoil to save his people and reunite with his family.

Edgar Rice Burroughs (1875-1950) was an American writer best known for his work in the adventure, fantasy, and science fiction genres. After being discharged from the army shortly after enlisting due to health issues, Burroughs pursued a number of careers. He worked as a cowboy, a factory worker, a mine manager, and a railroad worker before he started writing to earn more money. His best-known work, Tarzan of the Apes gained him major financial success, especially after he sold the film rights for the novel. Burroughs was married twice, and has three children. After his death, he was inducted into the Science Fiction Hall of Fame, commemorating his exemplary work and vast canon of eighty novels.