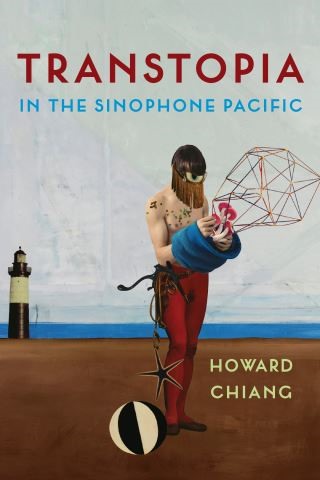 Transtopia in the Sinophone Pacific

As a broad category of identity, “transgender” has given life to a vibrant field of academic research since the 1990s. Yet the Western origins of the field have tended to limit its cross-cultural scope. Howard Chiang proposes a new paradigm for doing transgender history in which geopolitics assumes central importance. Defined as the antidote to transphobia, transtopia challenges a minoritarian view of transgender experience and makes room for the variability of transness on a historical continuum.

Against the backdrop of the Sinophone Pacific, Chiang argues that the concept of transgender identity must be rethought beyond a purely Western frame. At the same time, he challenges China-centrism in the study of East Asian gender and sexual configurations. Chiang brings Sinophone studies to bear on trans theory to deconstruct the ways in which sexual normativity and Chinese imperialism have been produced through one another. Grounded in an eclectic range of sources—from the archives of sexology to press reports of intersexuality, films about castration, and records of social activism—this book reorients anti-transphobic inquiry at the crossroads of area studies, medical humanities, and queer theory. Timely and provocative, Transtopia in the Sinophone Pacific highlights the urgency of interdisciplinary knowledge in debates over the promise and future of human diversity.

Howard Chiang: Howard Chiang is associate professor of history at the University of California, Davis. He is the author of After Eunuchs: Science, Medicine, and the Transformation of Sex in Modern China (Columbia, 2018) and editor in chief of The Global Encyclopedia of Lesbian, Gay, Bisexual, Transgender, and Queer (LGBTQ) History (2019).