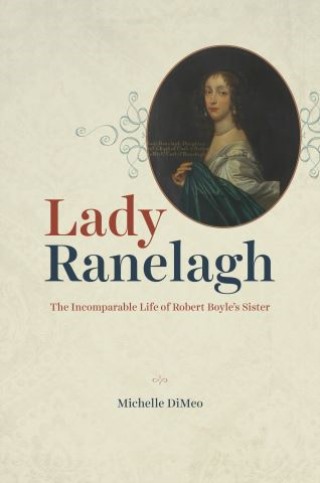 For centuries, historians have speculated about the life of Katherine Jones, Lady Ranelagh. Dominant depictions show her either as a maternal figure to her younger brother Robert Boyle, one of the most significant scientists of his day, or as a patroness of the European correspondence network now known as the Hartlib circle—but neither portrait captures the depth of her intellect or the range of her knowledge and influence.

Philosophers, mathematicians, politicians, and religious authorities sought her opinion on everything from decimalizing the currency to producing Hebrew grammars. She practiced medicine alongside distinguished male physicians, treating some of the most elite patients in London. Her medical recipes, political commentaries, and testimony concerning the philosophers’ stone gained international circulation. She was an important influence on Boyle and a formidable thinker in her own right.

Drawing from a wealth of new archival sources, Michelle DiMeo fills out Lady Ranelagh’s legacy in the context of a historically sensitive and nuanced interpretation of gender, science, and religion. The book re-creates the intellectual life of one of the most respected and influential women in seventeenth-century Europe, revealing how she managed to gain the admiration of diverse contemporaries, effect social change, and shape contemporary science.

Michelle DiMeo: Michelle DiMeo is the Arnold Thackray Director of the Othmer Library at the Science History Institute in Philadelphia. She is the coeditor, with Sara Pennell, of Reading and Writing Recipe Books, 1550-1800.