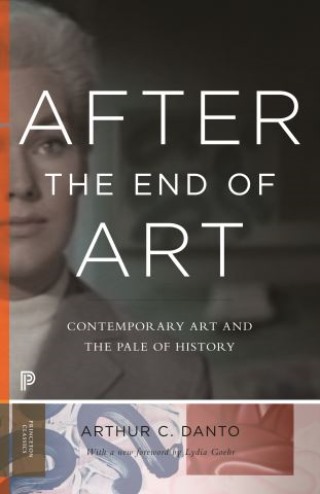 After the End of Art

Contemporary Art and the Pale of History - Updated Edition

Over a decade ago, Arthur Danto announced that art ended in the sixties. Ever since this declaration, he has been at the forefront of a radical critique of the nature of art in our time. After the End of Art presents Danto's first full-scale reformulation of his original insight, showing how, with the eclipse of abstract expressionism, art has deviated irrevocably from the narrative course that Vasari helped define for it in the Renaissance. Moreover, he leads the way to a new type of criticism that can help us understand art in a posthistorical age where, for example, an artist can produce a work in the style of Rembrandt to create a visual pun, and where traditional theories cannot explain the difference between Andy Warhol's Brillo Box and the product found in the grocery store. Here we are engaged in a series of insightful and entertaining conversations on the most relevant aesthetic and philosophical issues of art, conducted by an especially acute observer of the art scene today.


Originally delivered as the prestigious Mellon Lectures on the Fine Arts, these writings cover art history, pop art, "people's art," the future role of museums, and the critical contributions of Clement Greenberg--who helped make sense of modernism for viewers over two generations ago through an aesthetics-based criticism. Tracing art history from a mimetic tradition (the idea that art was a progressively more adequate representation of reality) through the modern era of manifestos (when art was defined by the artist's philosophy), Danto shows that it wasn't until the invention of Pop art that the historical understanding of the means and ends of art was nullified. Even modernist art, which tried to break with the past by questioning the ways of producing art, hinged on a narrative.


Traditional notions of aesthetics can no longer apply to contemporary art, argues Danto. Instead he focuses on a philosophy of art criticism that can deal with perhaps the most perplexing feature of contemporary art: that everything is possible.

Arthur C. Danto: Arthur C. Danto, Johnsonian Professor Emeritus of Philosophy at Columbia University, is Art Critic for The Nation. His books include The Transfiguration of the Commonplace, Embodied Meanings, Beyond the Brillo Box, and Encounter and Reflections, winner of the National Book Critics Circle Prize in Criticism.