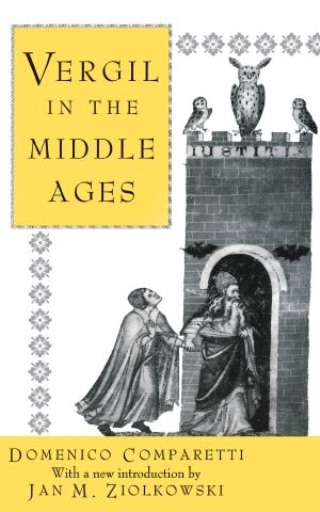 Vergil in the Middle Ages

From its first complete Italian printing in 1872 up to the present day, Domenico Comparetti's Vergil in the Middle Ages has been acknowledged as a masterpiece, regarded by some critics as "a true and proper history of European consciousness from antiquity to Dante." Treating Vergil's poetry as a foundation of Latin European identity, Comparetti seeks to give a complete history of the medieval conception of the preeminent poet. Scholars of the time had transformed Vergil into a sage and a seer, a type of universal philosopher--even a Christian poet and a guide of a Christian poet. In the mid-twelfth century, there surfaced legends that converted Vergil into a magician, endowing him with supernatural powers. Comparetti explores the ongoing interest in Vergil's poetry as it appeared in popular folklore and legends as well as in medieval classical scholarship. This great synthesizing work, which has been unavailable for over twenty years, is now back in print, based on E.F.M. Benecke's 1895 translation of the Italian second edition.


Comparetti begins with the period in which Vergil lived and goes on to evaluate how the later images, particularly the legends, of Vergil coincide with the more scholarly accounts of his life. The result is a grand sweep of literary history from the first century B.C.E. through the end of the Middle Ages, with implications for the nineteenth century and the rise of Italian nationalism.