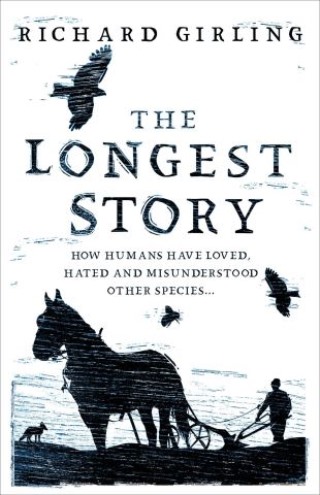 How humans have loved, hated and misunderstood other species

‘An extraordinary book’ Nicholas Evans, author of The Horse Whisperer

The history of humanity’s relationship with other species is baffling.

Without animals there would be no us. We are all fellow travellers on the same evolutionary journey. By charting the love–hate story of people and animals, from their first acquaintance in deep prehistory to the present and beyond, Richard Girling reveals how and where our attitudes towards animals began – and how they have persisted, been warped and become magnified ever since.

In dazzling prose, The Longest Story tells of the cumulative influence of theologians, writers, artists, warriors, philosophers, farmers, activists and scientists across the centuries, now locking us into debates on farming, extinction, animal rights, pets, experiments and religion.

Richard Girling: Richard Girling is an award-winning writer and the author of eight critically acclaimed books, including The Man Who Ate the Zoo. He has been centrally involved in environmental journalism since the mid-1970s, pioneering writing about climate change and species loss in national newspapers. He lives in North Norfolk. You can find out more at richardgirling.com