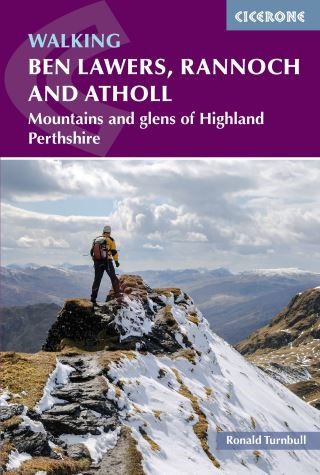 Mountains and glens of Highland Perthshire

The south-eastern Grampians of the former county of Perthshire may be grassier and less rugged than other Scottish mountains, but they are just as big. The routes in this guide take you to the summits of these 'jolly green giants' - covering all of the region's Munros, often by unconventional routes, as well as several Corbetts and smaller hills - and also over the Atholl passes, along rivers and through the woods of Perthshire's 'Big Tree Country'. The 80 walks comprise a mixture of low-level, mid-level and mountain routes and are graded by both length and difficulty. Many are demanding, crossing remote, uneven, steep and/or pathless terrain, but also included are gentler walks on clear paths taking in local features of interest. The route description is illustrated with clear mapping (a mixture of OS 1:50,000 and smaller-scale maps for the longer routes) and the route summary table and grading information make it easy to choose an appropriate route. There is a wealth of information about the landscape and the region's fascinating history. Finally, appendices cover local facilities and access to the hills during the deer-stalking season. With highlights including the mighty Ben Lawers, Beinn Dorain, Ben Alder and Beinn a' Ghlo; Schiehallion; the great rivers Tay and Garry; the Birks of Aberfeldy; and old drovers' routes over the passes of Minigaig and Gaick, Perthshire has plenty to offer. And with historic towns, such as Perth and Pitlochry, and attractive villages, this is an ideal base for a walking holiday.

Ronald Turnbull: Ronald Turnbull was born in St Andrews, Scotland, into an energetic fellwalking family. His grandfather was a president of the Scottish Mountaineering Club, and a more remote ancestor was distinguished as only the second climbing fatality in Snowdonia. In 1995 Ronald won the Fell Running Association's Long-distance Trophy for a non-stop run over all the 2000ft hills of Southern Scotland; his other proud achievements include the ascent of the north ridge of the Weisshorn and a sub-2hr Ben Nevis race. He enjoys multi-day treks, through the Highlands in particular, and has made 21 different coast-to-coast crossings of the UK. He has also slept out, in bivvy bag rather than tent, on over 80 UK summits. Outside the UK he likes hot, rocky areas of Europe, ideally with beaches and cheap aeroplanes. Recently he achieved California's 220-mile John Muir Trail and East Lothian's 45-mile John Muir Way in a single season, believing himself the first to have achieved this slightly perverse double. He has also started trying to understand the geology of what he's been walking and climbing on for so long. Ronald lives in the Lowther Hills of Dumfriesshire, and most of his walking, and writing, takes place in the nearby Lake District and in the Scottish Highlands. His recent books include The Book of the Bivvy, and walking/scrambling guides Loch Lomond and the Trossachs, The Cairngorms and Ben Nevis & Glen Coe, as well as Three Peaks Ten Tors a slightly squint-eyed look at various UK challenge walks. He has seven times won Outdoor Writers & Photographers Guild Awards for Excellence for his guidebooks, outdoor books (including Book of the Bivvy), and magazine articles. He has a regular column in Lakeland Walker and also writes in Trail, Cumbria and TGO (The Great Outdoors). His current, hopelessly ambitious, project is to avoid completing the Munros for at least another 20 years.