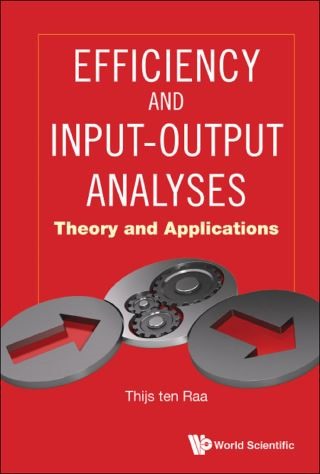 Efficiency is the most important objective in economics and this book shows how it can be analyzed using input and output data at all levels of the economy. After his 'Input-Output Economics: Theory and Applications', Thijs ten Raa has extended his research to efficiency analysis. He has contributed to the microeconomic theory of performance measurement, made applications to industries, national economies and international trade, and written on the history of economic thought. Twenty-five new papers, published in the last decade are now collected and interrelated by an introduction, amounting to a unification of theory and applications in efficiency and input-output analyses.Efficiency analysts measure firm performance relative to the best practice, which is determined by a firm (or collection of firms) operating on the frontier of the production possibilities. More precisely, efficiency is relative productivity, where the latter is essentially output per 'unit' of input. On the other hand, input-output analysts study input per 'unit' of output. The concept of the one is the inverse of the other and this insight will help resolve open issues in either branch of economic science. Environmental objectives are shown to be achievable by reallocations of production. Benchmarking theory is developed and used to measure how well (or poor) industries and economies are organized. Papers on the history of economic thought round out the volume.Contents: