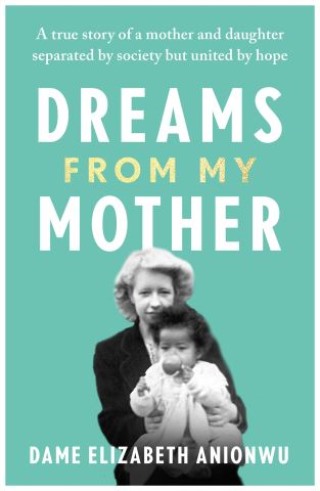 Dreams From My Mother

What a page turner of a book! Dame Elizabeth uncovers the layers of her life from a childhood defined by secrets, to discovering the identity of her father, to her political awakening, and her journey to becoming a Black health radical. She uses her "bellyful of anger" to great effect, highlighting the ethnic health inequalities exposed by sickle cell disease right through to Covid-19. More than anything, her great sense of empathy and fun shine out from the page. I loved it. - DUA LIPA

Dreams From My Mother is a beautiful memoir detailing an extraordinary life. Dame Elizabeth Anionwu is a an incredible role model for nurses - and for everyone. - CHRISTIE WATSON, author of The Language of Kindness: A Nurse's Story

What a woman. What a book. - LEMN SISSAY OBE, author of My Name Is Why

It's 1947 and a sheltered Catholic girl is studying Classics at Newnham College, Cambridge. She is the first one in her family to go to university - and then she discovers that she's pregnant. The father is also a student at Cambridge, studying law. And he is black.

Despite pressure to give up her baby for adoption, the young mother has big dreams for her child's future. Her daughter Elizabeth overcomes a background of shame, stigma, and discrimination, to become one of the UK's greatest ever nurses, and the first ever sickle cell nurse specialist. Recently named a BBC 100 Women of the Year 2020 and awarded a Damehood, Dame Elizabeth Anionwu has continued her work throughout her retirement, and recently brought to the nation's attention how Covid-19 has had a devastating effect on Black and Asian communities.

Dreams From My Mother is an inspiring story about childhood, race, identity, family, friendship, hope and what makes us who we are. Ultimately, it is an incredibly moving story of a mother and a daughter separated by society, but united in the dreams they shared for her future.

Previously published as Mixed Blessings From A Cambridge Union, this is a revised and updated edition

This is a powerful and compelling story of dual heritage, how an Irish girl became a Nigerian woman, and how discovering a true and total sense of identity brought acceptance, peace and joy. This story will inspire many people who have Irish and African (and other) roots and should be read by all who are interested in the history and culture of those lands. It is a unique and deeply personal account of the triumph of character, spirit and endeavour in the face of much adversity and considerable bigotry, beautifully written with a complete absence of bitterness. I felt in equal measure humbled and privileged to read it. I never cry but the concluding reflection on the mother and daughter relationship made me cry unashamedly. - PATRICK GAUL, Chair, Liverpool Irish Centre

Professor Dame Elizabeth Nneka Anionwu is an Emeritus Professor of Nursing at the University of West London. In 1979 she set up the first ever UK sickle cell/thalassaemia nurse counselling service, based in Brent. She then became a senior lecturer in Community Genetic Counselling at the University College London's Institute of Child Health. Prior to retirement in 2007, she was Dean of the School of Adult Nursing Studies & Professor of Nursing at University of West London (UWL) & also established the Mary Seacole Centre for Nursing Practice.

She was Vice-Chairperson of the successful Appeal for the Mary Seacole Memorial Statue that was unveiled in June 2016 & is now Life Patron of the Mary Seacole Trust. Elizabeth is also Patron of the Sickle Cell Society & the Nigerian Nurses Charitable Association UK & is Vice-President of Unite/Community Practitioners/Health Visitors Association (CPHVA). In 2018 Elizabeth was listed as one of the top 70 influential nurses and midwives between 1948 and 2018. In 2020 she was included in the top 100 Greatest Black Britons & as one of the 50 most influential BAME people in health. Elizabeth appeared in May 2020 as a guest on the BBC Desert Island Discs radio programme. In November 2020 she was included in the BBC 100 Women 2020 list.