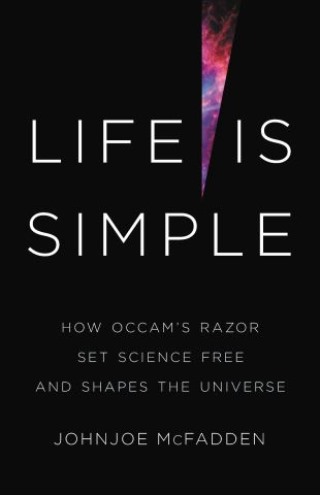 How Occam's Razor Set Science Free and Shapes the Universe

"In short, Life Is Simple is enthralling."--Michael Blastland, Prospect

Centuries ago, the principle of Ockham’s razor changed our world by showing simpler answers to be preferable and more often true. In Life Is Simple, scientist Johnjoe McFadden traces centuries of discoveries, taking us from a geocentric cosmos to quantum mechanics and DNA, arguing that simplicity has revealed profound answers to the greatest mysteries. This is no coincidence. From the laws that keep a ball in motion to those that govern evolution, simplicity, he claims, has shaped the universe itself. And in McFadden’s view, life could only have emerged by embracing maximal simplicity, making the fundamental law of the universe a cosmic form of natural selection that favors survival of the simplest. Recasting both the history of science and our universe’s origins, McFadden transforms our understanding of ourselves and our world.

Johnjoe McFadden: Johnjoe McFadden is Professor of Molecular Genetics at the University of Surrey, where he studies the genetics of microbes that cause infectious diseases, such as tuberculosis. He is the author of Quantum Evolution and the co-author ofLife on the Edge, which was shortlisted for the Royal Society Book Prize. He lives in London with his wife and son.