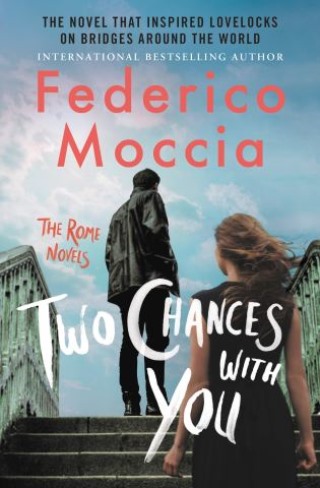 Two Chances With You

In this second novel in the internationally bestselling trilogy,Federico Moccia delights readers with an enchanting novel about making wishes, second chances at love, and following dreams.
After spending two years in New York, Step returns to Rome. His memories of Babi have stayed with him all this time, and his biggest fear is the moment he sees her again. He also realizes that things have changed, and that, little by little, he will have to rebuild his life again in Italy, making new friends, getting a job, and starting a new life.
When he meets Gin, an optimistic and special woman, it seems that maybe he can fall in love again and start anew after all. But it is not easy to forget Babi, and when he sees her again for the first time, he feels his whole world collapsing. . .
Are second chances just wishes for dreamers or is it possible to relive the magic of first love?

Federico Moccia:
Federico Moccia is one of Italy's publishing phenomenons, and his emotional stories have been compared to the works of Nicholas Sparks and John Green. The first two Babi and Step books were blockbuster bestsellers in Italy, spending three full consecutive years on the Nielsen bestseller list. His books have been published in fifteen languages worldwide and have sold over ten million copies, and there are feature films in Italian and Spanish based on the first two books in the trilogy.

Antony Shugaar is a translator and writer who lived for many years in Italy, France, and Spain. He has received two translation fellowships from the National Endowment for the Arts. He has translated close to forty books for Europa Editions and has worked for many of the most prestigious publishers, trade and academic, in the US and the UK. He has translated extensively for the New York Review of Books and has written for the New York Times, the Times of London, and many other publications.