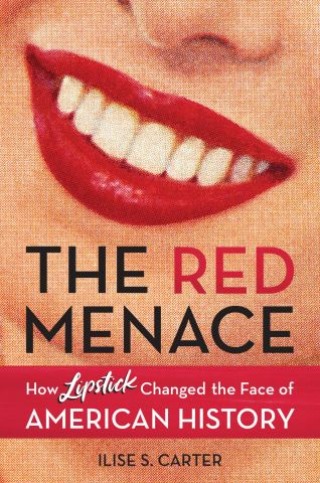 How Lipstick Changed the Face of American History

In America, lipstick is the foundation of empires; it’s a signature of identity; it’s propaganda, self-expression, oppression, freedom, and rebellion. It’s a multi-billion-dollar industry and one of our most iconic accessories of gender. This engaging and entertaining history of lipstick from the colonies to the present will give readers a new view of the little tube’s big place in modern America from defining the middle class to building Fortune 500 businesses to being present at Stonewall and being engineered for space travel.

Lipstick has served as both a witness and a catalyst to history; it went to war with women, it gave women of color previously unheard-of business opportunities, and was part of the development of celebrity and mass media. In the Twentieth Century alone, lipstick evolved from a beauty secret for a select few to a required essential for well turned-out women but also a mark of rock ‘n’ roll rebellion and a political statement.

How has this mainstay of the makeup kit remained relevant for over a century? Beauty journalist Ilise S. Carter suggests that it’s because the simple lipstick says a lot. From the provocative allure of a classic red lip to the powerful statement of drag, the American love affair with lipstick is linked to every aspect of our experience of gender, from venturing into the working world or running for the presidency. TheRed Menace will capture all of those dimensions, with a dishy dose of fabulosity that makes it a must-read for lipstick’s fiercest disciples, its harshest critics, and everyone in between.

ILISE S. CARTER is freelance writer, consulting copywriter to the beauty industry, and sideshow performer based in New York City. She has written for Allure, New York Times, Racked, Wall Street Journal, and others, with a focus on pop culture. In addition, she’s spent over a decade as a consulting copywriter for beauty brands such as Shiseido, bliss, Laura Mercier, Avon, L’Oréal, and Madame CJ Walker, specializing in brand voice and identity. As her stage persona, The Lady Aye, she has worked as professional sideshow performer (sword swallower, fire eater, blockhead, and pain-proof girl) and MC with acts ranging from Rob Zombie to Cirque du Soleil, and has appeared on TV’s Gossip Girl, Odditties, The President Show, Mysteries at the Museum and Dickinson. Carter holds a BA in American Studies from Barnard College at Columbia University and a Certificate in Film Production from NYU.