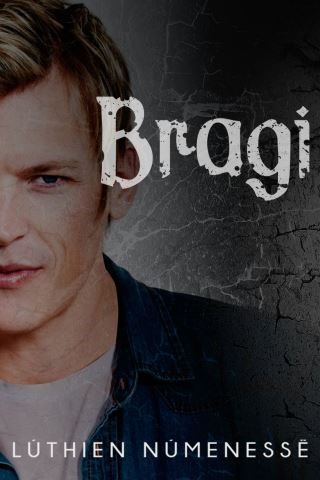 He is a warrior of noble feelings.
She is a human who wields a great power.
A love from the past.
An inexplicable feeling.
An inevitable ending.
Bragi, member of clan Brácaros, has refused to fight using force for centuries. That’s why, he’s been considered as the weakest and feeblest. Now that he’s found his minnaar, he will have to leave it all on the battlefield if he wants to keep her with him. The War of the Gods has started and the curse that fell on them emerges again. It’s time for him to decide if he will follow his fate or will rebel against the Gods.
Arieen’s life has been in standby for years, and she is desperate for taking it back, leaving that little town to know the world, and devoting herself to what she really likes. However, her way is blocked again when she meets a young prince who, for a strange reason, seems to know her already.
The time to prove their worth has come for both of them since, in the middle of a ferocious battle, they have found that for which risking everything is worthwhile: True love. Could this feeling be enough to overcome the adversity that awaits them?

Luthien Numenesse: Lúthien Númenessë is a writer of contemporary romantic suspense and fantasy romance. We don’t know much about her on the Web because her personal information remains secret by her own decision, which keeps her privacy letting us meet her only through her stories.