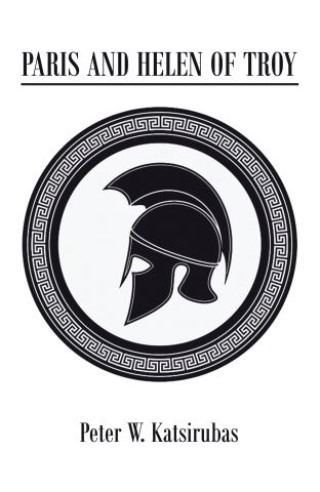 Paris and Helen of Troy

This literary novel explores the passions and motivations of the protagonists and the events of the Trojan War without the machinations of imaginary gods driving their behaviors and actions. Who were the lovers whose coupling ignited the clash of civilizations immortalized by Homer’s Iliad? What was their reality and that of the warriors and the women who were engulfed by the bloody conflict? According to myth, the war was precipitated by Aphrodite who promised Paris the most beautiful woman in the world, Helen the queen of Sparta, if he declared her winner of a beauty contest of goddesses. That fantasy did not occur nor were the actors’ puppets of invisible deities. So who sent Prince Paris across the ship-devouring Aegean Sea to Sparta and why? Did he abduct and rape Helen while King Menelaus was away or did she abscond with Paris to Troy? Did King Agamemnon of Mycenae lead an armada of unified Greeks to liberate his sister-in-law out of filial concern or for the ulterior reasons his wife Clytemnestra suspected? Why did the war that saw the lethal combats of heroes such as Achilles and Ajax and Odysseus and Hector drag on for ten years when Priam the king of Troy could have ended it by returning Helen? What roles did the Trojan women such as Hecuba and Andromache and Briseus and the self-proclaimed prophetess Cassandra play during the unending siege? What is the truth behind the conflagration of Troy?

Peter W. Katsirubas: P. W. Katsirubas is an American novelist, poet and screenwriter. Born on Guam, he has lived in Greece, Pakistan and Iran, and attended American, Catholic and Georgetown Universities in Washington D. C. He has published a book of poetry entitled Sleep (Fifteen Poems). Two novels, Santorini (with and Aegean setting) and The Idle Pursuit of Pleasure (set in 1925 Paris) as well as a children's mythology book The Legend of King Minos are available as Kindle e-books. Peter Katsirubas currently resides in Sterling Virginia with his son Damien and their cat Odyssius.