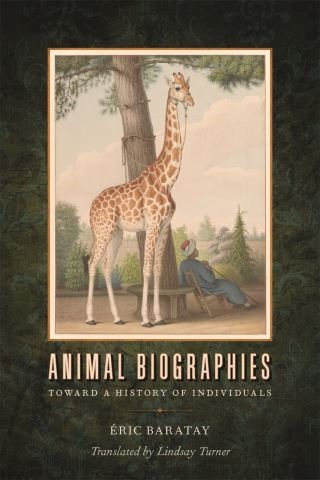 Toward a History of Individuals

What would we learn if animals could tell their own stories? Éric Baratay, a pioneering researcher in animal histories in France, applies his knowledge of historical methodologies to give voice to some of the nineteenth and twentieth centuries’ most interesting animals. He offers brief yet innovative accounts of these animals’ lives in a way that challenges the reader’s thinking about animals.

This English translation of Éric Baratay’s Biographies animales: Des Vies retrouvées, originally published in France in 2017 (Éditions du Seuil), uses firsthand accounts starting from the nineteenth century about specific animals who lived in Europe and the United States to reconstruct, as best as possible, their stories as they would have experienced them. History is, after all, not just the domain of humans. Animals have their own.

Baratay breaks the model of human exceptionalism to give us the biographies of some of history and literature’s most famous animals. The reader will catch a glimpse of storied lives as told by Modestine, the donkey who carried Robert Louis Stevenson through the Alps; Warrior, the World War I horse made famous in Steven Spielberg’s War Horse; Islero, the bull who gored Spain’s greatest bullfighter; and others. Through these stories we discover their histories, their personalities, and their shared experiences with others of their species.

ÉRIC BARATAY is professor of contemporary history at the Université Jean-Moulin, Lyon. A specialist in animal history, Baratay is the author of many books, including Le Point de vue animal: Une Autre version de l’histoire (The animal point of view: Another side of the story)
and Bêtes des tranchées: Des Vécus oubliés (Beasts of the trenches: Forgotten experiences).