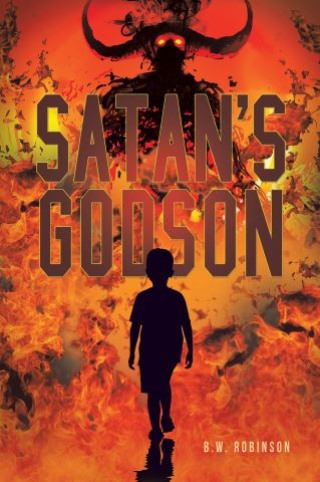 Do demons really exist? Have you ever seen one? Are people who claimed to be possessed merely having a non-specified emotionally induced psychotic episode? Is it possible that those who alleged to have expelled demons experiencing some type of religious self-induced hallucination? That is what the main character in this novel once believed. The story of Satan’s Godson is based upon the hypothetical notion that as Jesus had John the Baptist as his forerunner, the Antichrist may also have a forerunner who will sow seeds of deceit, subtle enough to deceive even the most devout Christian to accept his false identity. A demon born in the dark corners of antiquity searches for a way to emerge through an astrophysical world into the world of mankind and pave the way for his master. An innocent little boy becomes swept up into a whirling demonic mystical plot planned and perpetrated by one of Satan’s most dreadful demons. Dr. Otis Boyd is the boy’s father. He is a man with strong convictions and is an avowed gnostic who neither believes in the traditional Christian definition of God, nor in demons. However, he soon finds he must face a personal inner demon he thought was buried deep in depths of his past and turn to a God who he has never acknowledged to help him save his son, his sanity, and his soul.

B.W. Robinson: The author was born and raised in the mountains of Western North Carolina. He obtained the Bachelor, Masters, Specialist and Doctor of Philosophy degrees in Psychology, Counseling and Education Administration respectively. While an undergraduate, he briefly studied at the University of Graz, in Graz, Austria, and toured and attended seminars in Yugoslavia, Hungary, Romania, and Venice Italy. He is currently employed as Assistant Professor of Psychology and Education. (bwayner1906@gmail.com)