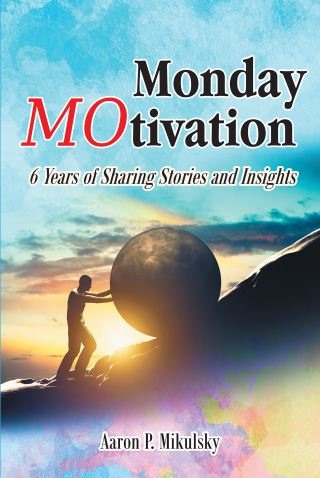 6 Years of Sharing Stories and Insights

Shortly after joining a new company, Aaron began writing weekly emails to his team. On Monday, July 21, 2014, he sent his first “Monday MO.” It was short:

Care more than others think is wise.

Risk more than others think is safe.

Dream more than others think is practical.

Expect more than others think is possible.

Set excellence as your standard.

Aaron received tremendous feedback that these weekly Monday MOs (or Monday Motivations) were valuable. People craved someone who cared about them personally, acknowledged them, and respected them. They wanted to authentically be encouraged to learn, grow, improve and be supported. People desperately longed for a jolt of positivity and motivation each week.

Time progressed, and the influence of the Monday MO grew. Colleagues outside of Aaron’s organization wanted to be included in his distribution. He was also asked to include spouses, parents, children, and friends. MOs were forwarded to others outside of the company, who then asked to be included. The audience soon became quite large and diverse.

The Monday MOs were based on topics relevant to the times—something Aaron may have recently read or on a subject matter someone wanted him to write about. He selected the ones that have stood out the most and has organized them by theme. The final product is the book before you.

Unlike many books that are meant to be read from start to finish, this book may be read in any order. Pick a topic and read as many as you find beneficial. Some may resonate more than others, but the hope is that you find many that interest and inspire you.

This book is for you if you are a curious person who wishes to stretch your mind and get exposure to new perspectives. Now go read a MO!